Two minutes of madness have cost Chelsea their 100% record in the Premier League: that was all it took for Swansea to score the two goals that condemned the Blues to two points dropped on Sunday.

The less said about Leroy Fer’s blatant foul on Gary Cahill in the build up to the second goal the better, nor the chances that we missed, but our worst enemy in this match was complacency: thinking the deal was done before hands were shook.

Hopefully Sunday’s debacle will act as a wake-up call, because we’ll need it against a vibrant Liverpool side come Friday night at the Bridge.

As the BBC pointed out in their excellent analysis, Chelsea have now earned five points solely from goals scored in the last ten minutes, and while better late than never is a fair cop it would be better for our hearts and blood pressure if the boys could get the job done earlier in proceedings, thank you very much.

The biggest headache for Chelsea is that John Terry will miss the match with a foot injury sustained in Wales. That would suggest that David Luiz is set to come into the side, and while he has his critics it is quite possible that the Brazilian’s presence will be a benefit to us.

Liverpool’s main attackers – Roberto Firmino is likely to play through the middle – Daniel Sturridge and Sadio Mane are all pacey, tricky and with quick feet, and as we know sometimes that can be a problem for Terry to defend against. Luiz has a lower centre of gravity, a greater turn of pace and is a sound reader of the game, and if, as he assures us, the old rash mistakes have been eliminated from his game, then there is no need to fear the return of Sideshow David.

Other than that Antonio Conte has a full and fit personnel to call upon, and so he won’t change anything from the Swansea game – apart from asking his players to concentrate for 90 minutes, of course. 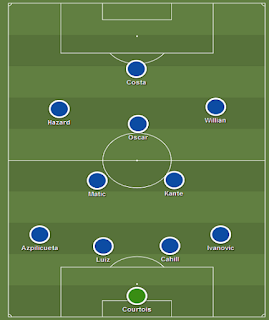 Liverpool are slightly harder to pin down in terms of team selection, with Philippe Coutinho back and vying for a place in the starting eleven. Roberto Firmino scored a brace last time out so he will surely keep his place, while Sadio Mane ripped us to shreds at the Bridge last season for Southampton, so he is set to be kept in the side to cause Cesar Azpilicueta a few problems. That means that Daniel Sturridge is set to miss out.

Dejan Lovren looks set to be fit, so he will replace Lucas at centre half, with the Brazilian probably moving forward to form a midfield shield alongside Jordan Henderson, James Milner will continue in his new left back role. 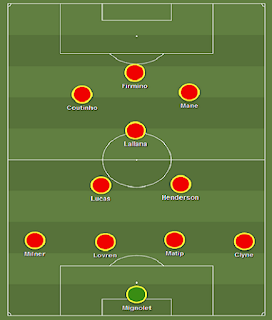 These two teams have met an astonishing 164 times dating back more than a century, and historically it is the Reds that have had the upper hand and won 70, with the Blues back on 56 and 38 draws.

What is helping us to sleep at night however is that Chelsea’s contemporary record against Liverpool is outstanding: since the 2012/13 season kicked off, our record reads W3 D6 L1.

If we extend that to matches played at the Bridge then again it is Chelsea in the ascendancy with two wins, three draws and a loss in our last six.

Trying to predict how Liverpool will fare is bit of a mug’s game at the moment – they’ve scored four past both Leicester and Arsenal, held Tottenham to a respectable draw and somehow conspired to lost to Burnley.

The Blues have been so comfortable at the Bridge so far, but we will need to be on top of our game here to come away with three points. We may need to sacrifice possession at times to spring them on the break – that’s what Burnley did so well – and again we may need to score two or more goals to bag the win.

Azpilicueta has an important job to do in shackling Sadio Mane, and if he can do that then we will certainly be in prime position. N’Golo Kante will snuff out Adam Lallana – we’re confident of that – while on Liverpool’s left flank both Coutinho and Milner are right footed and so will naturally cut back inside and into traffic.

The key battle could well be Eden Hazard vs Nathaniel Clyne. The Belgian didn’t have his best of games against Swansea, but he will surely fancy the job against Clyne who has a habit of diving into tackles in and around the penalty area. If Hazard can win cheap free kicks around the penalty area then this could well be a decent vantage point from which to gain an advantage.

It feels like a hug game in the context of the campaign, so let’s get behind the lads on Friday night and grab those all- important three points.